Why Civil Disagreement and Respect are Essential to the ME Movement 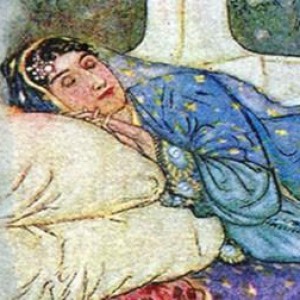 As someone immersed in ME advocacy, internal tensions within the community often seem peculiar and particular. From the outside, other movements appear cohesive and focused.

However, there is nothing new about disagreement. If the outcome is important to someone, it increases the chances that they will risk social tension for the chance that their opinion will win the argument. Pay attention to any other issue that provokes commitment in any movement, and you will hear many people ‘caring loudly’.

Civil disagreement is vital to the success of any organisation. If we were effective at stamping out divergent opinions within ME advocacy we would become stale and lose direction more predictably than a New Year’s Eve party triggers post exertional malaise. Political systems where people are allowed to disagree publicly foster a more creative and innovative culture than authoritarian regimes.

This quote from a review of how to create constructive conflict in organisations rings true:

“Through conflict, conventional thinking is challenged, threats and opportunities identified, and new solutions forged. Discussing opposing views gives teams the confidence to take calculated risks so that they also are prepared to recover from their mistakes; with this preparation, they innovate (Tjosvold & Yu 2007).”

It is possible and productive to disagree in constructive ways.

A couple of months ago, I watched How to Change the World, a documentary about how Greenpeace developed from a few hippies on a boat to an influential global movement. I had expected to be inspired by advocacy strategies.

It was as scary as it was inspiring though, from an organisational growth perspective. There were fundamental disagreements about the fundraising structure of the overall organisation associated with debt within the central office. They experienced internal acrimony to the extent that different parts of the movement were suing each other. One of the founders burned out and had to leave for a long time. Patrick Moore (another former president of the organisation, not the astronomer) now expounds climate science denial positions, including asserting there’s been no warming for the last two decades.

They achieved an amazing amount as an organisation but, if the documentary is an accurate representation, they did so in an interpersonally toxic environment. Could they have achieved more for the planet if they had harnessed the conflict more constructively? It’s impossible to know for certain but campaigning would at least have been less stressful!

Taking extra care in an ME context

Although all movements that provoke commitment also provoke disagreement, there are also reasons why we need to take extra care within ME advocacy. In most discussions, we can’t see each other, and will probably never meet in person. This is different from organisations which can meet in a community hall and then go for a drink afterwards. It is hard for us to keep an accurate idea in mind of how the person we are disagreeing with is doing in general. Perhaps they are currently bedbound and their family doesn’t believe their illness. It is hard for a context like that not to colour interactions.

An added dimension to us rarely meeting in person is that a lot of our debates are carried out online in the public eye. A heat-of-the-moment comment can often be viewed by anyone at any time on social media. It is easy for this to escalate – with people jumping in on both sides – up for a fight. This doesn’t make people with ME anymore ‘militant’ than other groups, but we can be susceptible to doing the equivalent of taking a photo of our dirty knickers and posting it on Instagram.

ME itself isn’t a mental health condition, but stress is definitely something to avoid whenever possible. Strong emotions are energy draining and difficult circumstances put us at risk for comorbid mental health issues. It makes sense to feel a duty of care to each other to avoid any interaction being more stressful than it has to be.

How do we keep conflict constructive within #MEAction and avoid these types of problems without stifling debate? I don’t think there is a simple answer. But, we can continually ask ourselves this question while participating in online conversations: Am I contributing to an atmosphere of constructive or destructive disagreement in this conversation?

I frequently feel frustrated in advocacy discussions due to a combination of caring strongly about the outcome at the same time as symptoms make me feel grumpy and cognitively impaired. ME makes communication difficult. It can be harder to articulate what I mean or to fully understand what other people are saying. Sometimes what appears to be disagreement is purely failure to communicate shared views. If I notice I’m getting overly frustrated or perhaps not communicating constructively, I step away for 24 hours or more. Often in that time I think of a better angle to get my point across and the other perspectives makes more sense, too. If I step away from the actual discussion but find myself still caught up in the strong emotions, sometimes it can be a warning sign that I need to take care of my wellbeing over and above the rights and wrongs of the debate.

Recognizing the Benefits and Pitfalls of Engaging on Social Media

Social media arguments are particularly easy to get sucked into at times of feeling generally frustrated, but can do more harm than good to our advocacy efforts and general well-being. On a platform such as Twitter one of the most effective ways to boost how many people see a tweet is to reply or retweet with comment. If you strongly disagree with someone online (outside of #MEAction), in most cases it is best to simply ignore the post, otherwise you are helping to boost publicity for what you disagree with by signalling  that it is interesting to the algorithm. Online algorithms don’t differentiate between whether a reply or retweet is criticism or agreement, they prioritise engagement whatever the reason.

It is counterproductive to attempt to correct the internet. Shouting into the ether is not advocacy. Fill cyberspace with proactive, original posts, instead, and inspire us to reply to you in agreement. Whatever you do, please don’t feed the online trolls. If that’s hard to remember, follow this YouTube link for a silly Chap Hop earworm on the topic.

The Importance of Dissent and Risk Taking

In advocacy, it is important for some members of a working group able to think about how a plan of action could backfire, as well as people enthusiastic enough to drive it through. If we have an internal culture of expecting decisionmaking to include consideration of what can go wrong, this can help criticism of ideas feel less personal.

Being too agreeable and making easy decisions can lead to a lot of energy spent on later putting out fires. A naysayer with good intentions is usually more useful than a yes-person, though it’s a less comfortable role to take on. The 10th Man discipline tactic is where the working group intentionally appoints at least one person to serve as the loyal dissenter to avoid the downsides of easy consensus.

The point of disagreement should be to find better ideas together. Often the tone turns destructive when we start to become attached to the power rush of winning a debate. In contrast, constructive disagreement is fostered from an agenda of wanting to understand why other people hold different perspectives in the context of action focused, open-minded discussions.

I’ve sometimes read the advice that it is best to assume that the person you disagree with has good intentions, and use that assumption to guide the tone of the debate.

Within #MEAction it should be safe to make this assumption. We generally hold very similar aspirations for a better future for people with ME: health equality including better funding, higher quality research, access to effective healthcare and an end to harmful treatment and stigma. We are not in competition with each other. If we sometimes disagree, we are only having a tiff in the car over which route on the map will be quicker to get to our destination.

Jenny lives with fluctuating ME and other Energy Limiting Chronic Illness related impairment. During milder phases she has worked in the disability sector. Her most recent roles have been as a researcher for the Centre for Welfare Reform working on the Chronic Illness Inclusion Project and volunteering as a NICE (UK clinical guidelines) rep for #MEAction UK.”

Facebook
Twitter
WhatsApp
Email
PrevPreviousWords from the Depths of Severe ME: Honoring the life of Rosie
NextPostcards to Doctors returns!Next