Join over 1,000 people and vote for your ME/CFS research priorities 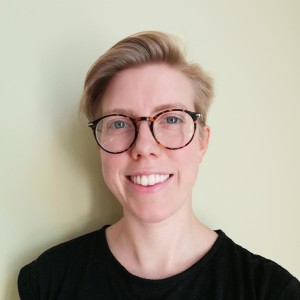 Over 1,000 people have now voted for their ME/CFS research priorities. People with ME/CFS, carers and clinicians in the UK are all asked to take part.

Vote for your priorities

The Partnership would also like to reach more people living in Scotland, Wales and Northern Ireland.

The small amount of research available suggests people from black and minority ethnic groups may be more likely to get ME/CFS, however they also face additional barriers to accessing diagnosis and care. The PSP steering group will ensure appropriate consideration is given to the responses of this group as they prepare the final stage of this process: three workshops enabling dialogue between a selected group of people with ME/CFS, carers and clinicians that will define the final top ten priorities based upon the votes in this survey. More details on this workshop will be released in December 2021.

“EVERY voice is important to us, and some voices have been lost or ignored even more than the rest. There is so very little research on the impact of ME/CFS on people from different ethnic minorities in the UK. Do you know someone who may not have thought to fill in this survey who you could ask? – or a local organisation who might know people who are confined at home?”

Posters for this survey are now available in both Arabic and Urdu at www.psp-me.co.uk/spread-the-word#translation

Any healthcare professional who works with people with ME/CFS or has an interest in ME/CFS can participate.

“Unfortunately, we have struggled to engage as many healthcare professionals as we would hope, and have received continued pushback from a vocal minority in this group. Despite new guidance from the National Institute for Health and Care Excellence (NICE) asking all healthcare professionals to ‘recognise that people with ME/CFS may have experienced prejudice and disbelief’ some are digging in their heels. But there is a majority out there who want to do well by people with ME/CFS.

“If each person reading this asked one healthcare professional they knew to take this survey, we could reach them.”

This survey is a vital opportunity to get the views of a stigmatised group on the record, giving the ME/CFS community another tool to collectively push for the research that matters most, with the weight of thousands behind them.

Priority Setting Partnerships like this have now been undertaken in over one hundred disease areas, and have led to increases in research funding, improved relationships between funders, researchers and organisations working with those affected.

The survey will close on Monday 13th December at 5pm.

Find out more at www.psp-me.co.uk