Moving short film “This is ME” nominated for award – you can help it win! 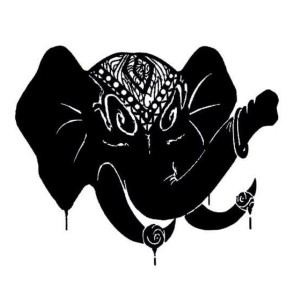 Short film “This is ME” shares more in nine minutes than most people with ME can begin to share in words alone.

The film is another step towards understanding, one which #MEAction UK feels will prove valuable to people with ME and their loved ones. The more views and shares this emotive piece receives online the more people it will reach and the greater increase there will be in the understanding of ME and the effect it has every single day.

Written and produced by Josh Pickup, of Pickup films, “This is ME” has now been nominated for an award. You can help it win by paying $2 to view on the Pure Films website before midnight 16th January 2021. Alternatively, you can watch for free on Vimeo. The film was a creation and submission to the 48 hour film challenge. Josh is already working on his next project, Gates Film, following two runaway sisters as their traumatic past threatens to catch up with them.

Watch "This is ME" We are introduced to a woman suffering from ME and trying to manage her energy levels using the ‘Spoon Theory’ while facing the fate that many patients do – lack of understanding. The expectations of her father and the burden of an upcoming interview might just prove to be too much to manage.

The ‘Spoon Theory’ is a metaphor created by Christine Miserandino as a way of describing experiencing chronic illness and managing its limitations. Healthy people have more spoons (energy) than those with illnesses that cause chronic fatigue, a person suffering from fatiguing symptoms needs to make decisions about which activities to spend their limited number of ‘spoons’ (energy) on.

Josh chose to visually represent ‘Spoon Theory’ saying: “The reaction to the visual depiction of spoon theory has been amazing. Without it I don’t think the film would have had nearly as much impact on the general public. It is the first thing that people talk about after seeing the film and  for the most part it appears to intrigue viewers enough to look further into spoon theory, chronic illness and ultimately ME.” Pickup’s exploration of ‘Spoon Theory’ uses physical teaspoons cleverly seen throughout the piece to share the main character Ally’s constant managing of her symptoms. The film follows Ally, a young woman with ME, as she battles familiar stereotypes surrounding her invisible illness while trying desperately to live up to the expectations of her uncompassionate father.

Josh was diagnosed with ME in 2012 after suffering with post viral symptoms for two years: “I began experiencing post viral symptoms at university after having swine flu and tonsillitis within the same month. Like many I was met with misdiagnosis of anxiety and prescribed exercise. My symptoms began to worsen over the course of 1-2 years eventually culminating in a 3 week hospitalization and eventual ME diagnosis in 2012.”

I always wanted to share my experience with ME in some way, perhaps in writing but I never succeeded in my brief moments of better health. However in 2019, as I was coming out the other side of an 18 month crash, the opportunity arose to enter a 48 hour film competition and I decided to use this time to gather some strangers and make a film that gave a voice to ME sufferers.“

The drama-style film allows viewers to sympathetically watch as her symptoms intensify through the day and her spoons lessen. Watching Ally symbolically decide and divide her energy, by laying out spoons on the kitchen counter, is an activity that resonates strongly with many but has never before been a visible activity.

Josh’s ultimate goal is get ME into mainstream media and create a narrative feature film which highlights ME: “In order to do this I have to find the funding needed to support such a project. Whether that will come through the film industry wanting to support disabled filmmakers or through crowdfunding I’m not sure. Either way I will give everything to make it happen because I know there is a place for this story to be told. Jennifer Brea proved with her documentary ‘Unrest’ that there is an audience for this subject so why isn’t there any narrative feature films out there about ME? I am confident, given the support that I will succeed in doing no matter how much of a struggle it is.”

The film was considered for the Short Focus Film Festival 2020.