Toxic Masculinity Made my ME Much More Punishing 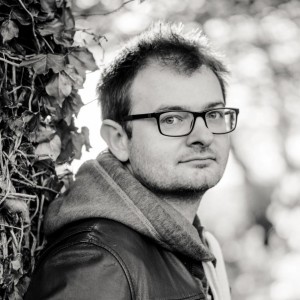 I came to on the floor of a supermarket in an affluent London borough. I was staring up at a paneled ceiling, half-blinded by piercing white lights. After a groggy moment of confusion, panic set in. I leapt up, finding myself in the middle of a queue winding towards one of the tills. A family of three was standing next to me, the father shielding his wife and child from me with an outstretched arm. Perhaps he thought I was drunk, perhaps he thought it was beyond his family’s remit to help a fellow Londoner in trouble. Whatever he thought, it didn’t change the fact that I was an extremely ill twenty-something who had just passed out whilst doing his shopping. I only have the faintest memory of what happened next; being at the till a few minutes after, the cashier content to watch as I struggled to pack my bags on my own.

Two weeks later and I was lying on the floor again. This time, in the toilet of a doctor’s waiting room. I wasn’t in London anymore, I had moved back into my parents’ house because I was so inexplicably sick. A month prior, I would have thought nothing of cycling twenty miles in an afternoon, before heading out with friends for a night of bar-hopping. But now, even sitting through the five-minute car journey to my doctor’s office had my muscles screaming for relief, and I was too ashamed of my weakened condition to lay on the busy waiting room floor in full view. So, I went to the toilet, and I lay in a cubicle until I knew it was nearly time for my appointment.

Once I was with the doctor, he looked me over as I described what had happened, how I’d had the flu and then lost virtually all of my mobility over the course of the following days. Beyond routine checks for signs of concussion (I’d banged my head when I’d fainted in the supermarket) he didn’t seem particularly concerned or even very interested in my loss of ability. “You need to push through it,” he told me. “It’s just a bit of viral fatigue. Get back into a routine and return to London as soon as possible.” It was not the response or the diagnosis I had been expecting, but he was the expert. And, besides, my doctor was a big guy and he reminded me of my secondary school physical education (PE) teacher. I remembered that, if we ever hurt ourselves or fell over during practice, my PE teacher would always repeat his go-to mantra: “Get up. Pain will go away, humiliation won’t”. So that was that. I needed to push through what was happening to my body, and everything would be better.

A month later I found myself lying down in another new place. This time, on a few chairs pulled together in a hospital waiting room. “Pushing through” had not helped me, it had made things worse. A lot worse. Now even sitting was beyond me, it was lay down as soon as I got to the hospital or risk passing out again. Despite being horizontal, I could feel the eyes of the other patients and their loved ones on me; a six-foot-tall man taking up more than his fair share of seats. Even though I was so sick, I still had the build of an athlete, and I was the youngest in the room by some years. But mine was an invisible illness, you would not know I was too sick to stand just by looking at me. I felt embarrassed and ashamed, but I didn’t have the energy to get up and find the toilet.

A round of blood tests confirmed what I had; a bout of glandular fever had left me stricken with myalgic encephalomyelitis (ME). “So what can I do about it?” I asked my new doctor, after he gave me my new diagnosis. He explained that there is very little that can be done for sufferers of ME because research into the illness is so far behind where it should be. Especially when you consider the funding which has been made available for biomedical research into other, similarly debilitating illnesses. I would later learn that this is due in large part to the fact that ME affects women more than it does men (an approximate ratio in patients of 4:1) and so, in the past, male medical practitioners believed the illness to be a kind of hysteria; a female ailment all in the patient’s head. The only thing I could do was rest in bed until my body recovered enough to allow me to walk for short periods. I could only hope that, in time, I would be able to regain a tiny shred of my former physical ability.

And so started the worst two years of my life. I was bedbound at my weakest, housebound at my best. My athlete’s body wasted away, and my plans for the future, my hopes and dreams, seemed to disappear with it. I took solace in talking to my friends online when I could, and, after maybe a year, I was able to manage the occasional visit from some of them. One time, a friend arranged a visit and, knowing I would need energy to see him, I rested the three days prior, pretty much lying still in bed, in silence (watching TV or listening to music was usually too draining an activity to manage) building up and saving the tiny energy reserves I had. Even though I knew I would be punished severely with pain and fatigue after he left, I still forced myself to go out into the garden with him and throw a tennis ball for the dog. We talked as we took turns chucking the ball, my friend listening as I opened up and told him about my struggles. When I’d finished my story all he had to say was “Can’t you just man up and get over it?”

Spending two years mostly lying in bed, it really gives you the opportunity to think. And, naturally, I was thinking a lot about what had happened to me. I mulled over the factors that had contributed to me being in the state I was, the same events you have just read about in the paragraphs above. Slowly, I realized that I wasn’t being entirely honest with myself. Nothing you have read is a lie, but there were truths missing from what I’d been telling myself, just as there are truths missing from what you’ve just read.

Let’s go back to the beginning. After I’d fainted in the supermarket, the woman being held back by her husband’s outstretched arm had asked me, “Are you okay?” Her husband had prevented her from moving forward and helping any more than that, but at least she had asked. And how did I respond? Like I said, my memory of that day is groggy, but I think I said something like, “I’m fine.” Likewise, when the cashier watched me struggle to pack my bags, she may not have offered any assistance, but I didn’t ask for the help I needed either. And it gets worse. Next, let’s reconsider the doctor’s office, the time I was confronted by the alpha male who reminded me of my PE teacher. I really don’t think I communicated exactly how much I was struggling, how ill I really was. Bravado and desire to save face when confronted by a successful, intimidating presence stopped me from being honest about my weakened condition, and I think it led me to accept the advice of “Push through it” far too readily.

In my sickbed, I realized that a dangerous brand of masculinity had contributed to the severity of my chronic illness by making me too embarrassed to ask for the help I so desperately needed. And this had happened repeatedly, making my situation worse than it might otherwise have been. I think my reluctance to properly seek help goes all the way back to my PE lessons as a kid; being taught that you had to be strong, that you need to push any pain you’re feeling to the back of your mind, that you need to get up and compete harder. But, for someone with ME, this is a toxic notion, one that makes your illness even worse.

It’s been five years since that revelation and, thankfully, my health has improved. I still have ME, and I still struggle with it daily, but I am more mobile, and I can even work from home on my good days. On my bad days, I ask for help because simple things like cooking, cleaning and walking the dog are often beyond me. But I don’t feel ashamed anymore. In a society so polluted by the influence of toxic masculinity, admitting weakness takes great strength.

Jack Croxall is an author, scriptwriter and blogger living in Nottinghamshire, UK. He fights ME both in life and in prose.

2 thoughts on “Toxic Masculinity Made my ME Much More Punishing”