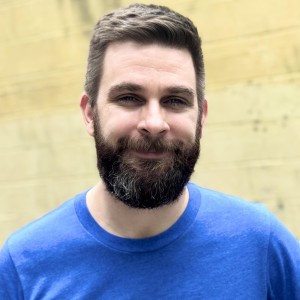 On May 16th the U.S. Centers for Disease Control and Prevention (CDC) published a notice of request for public comments on its systematic review draft report for diagnosis and treatment of ME/CFS which will remain open until August 16, 2021.

You might not realize it from the above description, but this is the latest milestone in a years-long fight by ME advocates to stop the harm wrought by the PACE trial and other flawed CFS research that has been misused to promote the use of graded exercise therapy (GET) and cognitive behavioral therapy (CBT) as purportedly effective “treatments” for people living with ME.

#MEAction has been closely monitoring the CDC on this issue, and the contractor who produced the report, the Pacific Northwest Evidence-based Practice Center (EPC) at Oregon Health & Science University. While our full technical response to the draft report will take some time to complete, there are problems that are clear after even an initial review. CDC should never have released this flawed EPC report as it currently stands, and it is so problematic that #MEAction will call not only for its revision, but for CDC to stop its publication.

Read on to find our summary of how we got here, the key take-aways, and what we do about it.

HOW WE GOT HERE: A TIMELINE

2015: Advocates fight for a reanalysis

Remarkably, this latest review repeats the same methodological flaws of basing recommendations for people with ME on CBT and GET studies that have a range of methodological defects, including: subjective outcome measures in unblinded trials, outcome switching, problems tracking harms, and use of Oxford criteria, even though EPC had said that Oxford had a risk of including patients with other fatiguing conditions. Its latest review does not acknowledge the 2016 reanalysis that advocates pushed so hard for, and it does not examine the effectiveness of treatments when Oxford criteria studies are excluded. The 2014 review called for the Oxford criteria to be retired, but the current review does not and it draws conclusions for people with ME based on trials such as PACE with its poor methodology and use of Oxford criteria.

The CDC went into this latest attempt to develop treatment guidelines having been made fully aware by ME advocates of the problems with EPC’s 2014 review. There is no excuse for CDC putting out yet another flawed report that reproduces all the same problems from the prior evidence review all over again. This yet again demonstrates the failed leadership at  CDC.

Some people have wondered whether this draft report means that CDC might reimplement CBT and GET as recommendations for ME/CFS treatments, but this systematic evidence review was only an initial step in CDC’s process of developing treatment guidelines. CDC has already announced that they will not pursue developing ME/CFS treatments guidelines at this time. #MEAction wrote to CDC Chronic Viral Disease Branch Chief, Dr. Beth Unger, and she stated:

“…the systematic review provided little new data and the process for guideline development would not be likely to provide an advance over what is currently available from the ME/CFS Clinician Coalition and IACFSME. We will be completing the Systematic Review and will not be proceeding with guideline development until clinical trial data becomes available.”

4. Bad news: publishing flawed review would harm people with ME

This report can still do harm to the ME community, even if the CDC doesn’t use it to develop its own treatment guidelines. If it is published in a peer-reviewed academic journal, as the 2014 review was, it could still be used by other entities to present an erroneous view of ME and promote the continued use of inappropriate CBT and GET “treatments.” There will be no opportunity for community review of the finalized evidence review, so it will be important that CDC hear from us how strongly we oppose any publication of this flawed report, which cannot be resolved through minor revisions.

5. NIH indicted by the lack of evidence to review

Despite all its flaws, this evidence review shows that the NIH has clearly failed in its promise to accelerate ME/CFS research and expedite clinical treatment trials for people living with ME. The CDC says its guidelines cannot proceed without more clinical trial data. #MEAction has repeatedly called on the NIH to expedite clinical treatment trials, but they continue to leave this disease stuck in a decades-long time-warp. Earlier this month we urged Congress to hold the NIH accountable for expediting clinical trials of repurposed drugs used in treating ME/CFS as part of its $1.15 billion research funding for Long COVID. This evidence review’s findings of a lack of progress in treatments for ME/CFS is a stark indictment of the NIH’s inaction and failed leadership.

WHAT WE DO ABOUT IT

#MEAction will be carefully evaluating the entire systematic review draft report and preparing a detailed response to CDC, which we will make available beforehand to anyone who wants to sign-on and support. Join us on Wednesday, June 23rd at 3pm ET for a community town hall. We will share our interim evaluation of the CDC’s draft evidence review and discuss ways we can oppose this report causing further harm to people living with ME.

While anyone can submit a public comment on the draft report, #MEAction will not be mobilizing identical individual comment submissions with the same technical analysis or revision recommendations, as CDC has said it will simply remove any duplicative comments. You will have a chance to review and sign onto #MEAction’s technical comments before we submit them.

As necessary as a technical response is to this flawed evidence review, it is clearly not sufficient to stop the cycle of harm or to force federal agency accountability. For years, advocates have been giving the same fundamental feedback on the methodological flaws and inadequate protocols of these evidence reviews for dealing with an evidence base that has been polluted by PACE and similarly flawed studies, only for CDC to ignore them. #MEAction is committed to equipping our community for activism that channels all of the wisdom and the rage of those who have come before us, and to transform our individual suffering into community power. Together we can hold federal agency leaders accountable and demand our government work for people with ME.